At first glance, Tulsa may seem an unusual choice for top-tier jazz artists to drop by, but organizer Taylor said it really isn’t.
“When someone mentions Oklahoma or Tulsa, it brings to mind country, rock, or indie music,” he said. “But jazz has deep roots here.” He mentioned some jazz legends who hailed from Oklahoma, including Jimmy Rushin, Frank Mantooth, and of course, the inimitable Chet Baker.
“Jazz is a big part of our state and our heritage, and we believe being involved in events like International Jazz Day will help keep it that way,” Taylor said.

The T.E.G. International Jazz Fest is presented by SpiritBank and will coincide with the Tulsa Arts District’s monthly First Friday Art Crawl, an event that often draws nearly 3,000 people each month. This, coupled with the event’s free admission, will likely ensure big crowds to take in some truly great jazz performances.
Tulsa began participating in International Jazz Day Events in 2016.

Featured Artists: To Be Announced

A special thank you to our Sponsors:

Cynthia’s jazz career is an example of the wonders of social media. Several years ago while relatively new to the Tulsa area she made a chance connection on Facebook to one of the city’s finest jazz pianists, Scott McQuade. Through Scott she was introduced to Chuck Cissel, The Oklahoma Jazz Hall of Fame, and through there, many other people who have been influential in her life….the rest as the saying goes, is history.

She has also been featured in several festivals such as the TEG International Jazz Fest Presented by SpiritBank, Big Bands, Big Voices:The Concert!, The Chet Baker Festival, The Rose Festival, The International Jazz Day Celebration, and the PostOak Wine and Jazz Festival just to name a few. Cynthia has connected with the Tulsa jazz community and over the years, has become one of the more recognized and popular jazz vocalists in the area.

When she’s not singing, Cynthia is a wife, mom of two young adults, and employed as a human resources professional. But music, especially Jazz, is never far away. 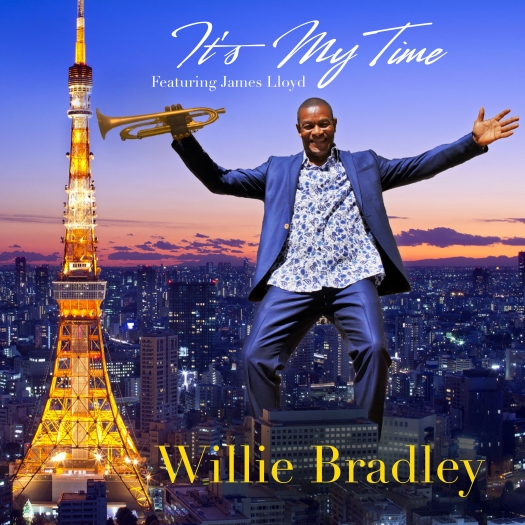 Willie Bradley is a native of Orangeburg, SC and a graduate of South Carolina State University, Orangeburg, SC where he earned his BS Degree in Music Education and Performance. Over the course of his career he has become a go –to musician for many of soul music’s greats over the years. Willie’s stage presence includes performances with jazz greats including Dizzy Gillespie, Clark Terry, Frank Foster, Max Roach, Betty Carter, Gerald Albright, Walter Beasley, Alex Bugnon, Ronnie Laws, Hiroshima and Marion Meadows.
In 2014, Willie released his debut Contemporary Jazz CD “Another Day & Time” produced and co-written by keyboardist/Recording Artist Nicholas Cole. Tracks from this CD made the Smooth Jazz Billboard Charts and have been added to Smooth Jazz Radio Stations worldwide to include Music Choice, Pandora, Spotify, and iHeart Radio.

Paula has also worked in the traditional jazz field; one of the notable performances being a week long engagement at the Blue Note NYC with pianist and jazz legend, Hank Jones. . Paula also performed with Grammy award winning singer Dee Dee Bridgewater at the Annenberg Theater, for the Palm Springs Women’s Jazz Festival.

In November 2011, the United Nations Educational, Scientific and Cultural Organization (UNESCO) officially designated April 30 as International Jazz Day in order to highlight jazz and its diplomatic role of uniting people in all corners of the globe. International Jazz Day is chaired and led by UNESCO Director General Audrey Azoulay and legendary jazz pianist and composer Herbie Hancock, who serves as a UNESCO Ambassador for Intercultural Dialogue and Chairman of the Herbie Hancock Institute of Jazz. The Institute is the lead nonprofit organization charged with planning, promoting and producing this annual celebration.

International Jazz Day brings together communities, schools, artists, historians, academics, and jazz enthusiasts all over the world to celebrate and learn about jazz and its roots, future and impact; raise awareness of the need for intercultural dialogue and mutual understanding; and reinforce international cooperation and communication. Each year on April 30, this international art form is recognized for promoting peace, dialogue among cultures, diversity, and respect for human rights and human dignity; eradicating discrimination; promoting freedom of expression; fostering gender equality; and reinforcing the role of youth in enacting social change.

Streaming live on jazzday.com on April 30 beginning at 5 pm EDT/4 pm CDT, the 2021 All-Star Global Concert will feature an historic lineup of performances by some of the world’s greatest jazz masters. For the first time ever, in honor of the 10th Anniversary of International Jazz Day, the 2021 Concert showcases artists joining from an array of locations around the world–demonstrating the global reach and appeal of this special music. Click here for more information:  https://jazzday.com/global-concert-2021/ 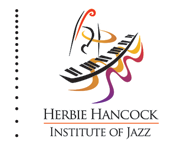 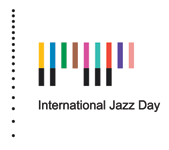 You can also email us using the form below: